It is hard to believe that 3rd Session at SMA Teen Summer Camp and August have already arrived and we are nearly half way through session three. This summer has gone by so unbelievably fast and before we know it all the campers will be on the road home. The weather this summer has been quite the roller coaster, ranging from scorching hot during session two to raining almost every day of session one. For 3rd Session it has finally leveled out with warm days and cool nights! 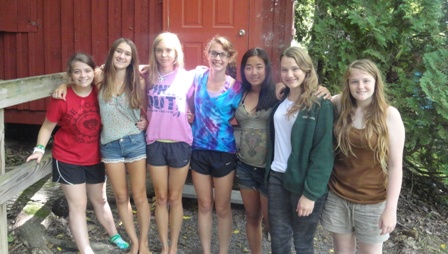 favorites among the campers; from canoeing, wakeboarding, windsurf and sail, to just a sport with a swim at the end of it. The wakeboarding adventures out at Raystown Lake have brought back many exciting stories to camp. The excitement of getting up on the wakebaord on the first try has been one of the most common, but some of the wakemasters kids have

told some great stories about new skills they have learned out on the water. Canoeing has been awesome this session with only a few capsises. The canoeing overnight was extra special this session with lots of mountain pies and the stars were incredible. The campers have raved about the relaxing rides down river with one of their closest friend in the canoe with them. Being able to canoe all afternoon, bond with other campers and counselors, and then spend the night outdoors has been a great and memorable experience for all of the campers who

have participated in the canoeing overnight. In lieu of the sweltering heat during session two, campers took every chance they could to get into the water. Swimming out at Greenwood State Park (Or "Freezewood" as it is known to campers), as well as just hanging out during windsurf and sail allowed campers to bond in addition to cooling off in the water.

Campers and counselors  went mountain biking, rock climbing, and played sports such as soccer, volleyball, basketball, ultimate Frisbee, and tennis. The campers were able to experience many different places when playing these sports. Tennis is played at the Juniata College courts and basketball, soccer, Frisbee, and volleyball are all played at a variety of parks and fields. No matter the activity, kids always came back to camp with smiles on their faces. Among the favorite activities is rock climbing. It is just a short walk or drive down to the rock climbing site that is here at camp. The Donation Rocks allow the campers to experience what climbing on real rocks is really about.

Horsemasters is also one of the more popular morning activities. Campers who are interested in spending time in the barn at camp, as well as learning how to ride a horse are able to do so through the horsemasters program. Pam, who is in charge of the barn, does a fabulous job with teaching our campers how to be around and ride horses. Over hearing stories about the adventures of horsemasters are always audible during lunchtime. 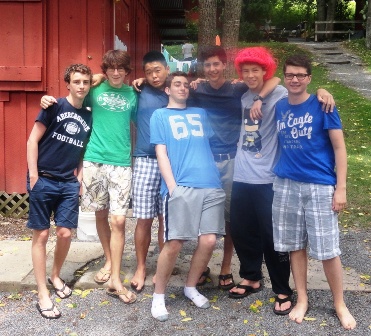 Lake and rockclimbing at Bilger Rocks in Clearfield County.  The campers who remain in camp will play Capture the Flag tonight.  Later this week we will go White Water Rafting on the Youghiogheny River with Wilderness Voyagers.

It's hard to believe we only have 4 full activitiy days left this session - we plan to make the best of every moment! 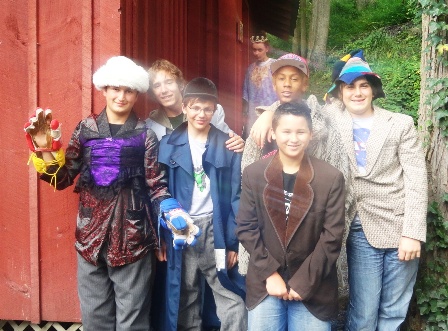