New Late Night host Seth Meyers once put gum in a friend’s toothbrush at an Overnight Baseball Summer Camp in retaliation for his friend dropping an equipment bag on him to wake him up. 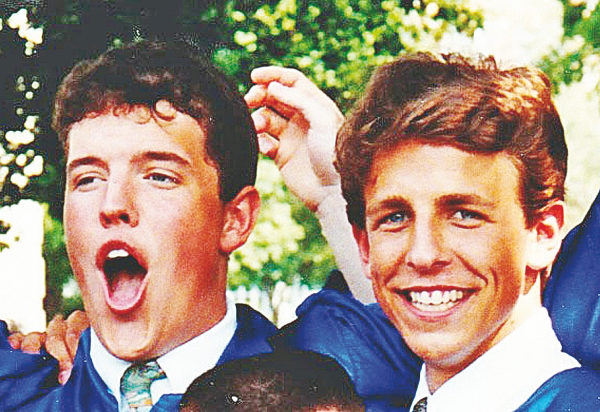 This story comes via the friend, Greg Henrichon, talking about Meyers in a newspaper article from his home state of New Hampshire.

“One time at baseball camp, I dropped my equipment bag on him to wake him up (he had overslept three hours, missing all of the morning sessions),” Henrichon was quoted saying in the article. “That led to him putting gum in my toothbrush and throwing my hairbrush out the window. We didn’t speak for a month.”

"My parents introduced me to a lot of comedy at a young age - Steve Martin, Richard Pryor, SNL and Monty Python. And David Letterman was the first late night host I had an appreciation for," Meyers said. "I missed Carson, but with Letterman, we would all tape it so we could recite the Top Ten lists on the way to school."