As a summer camp director here at Stone Mountain Adventures I talk with a lot of parents and teenagers about the activities we do at camp.  One of the most exciting and popular activities at our overnight teen camp is rock climbing.   A questions that I am often asked by perspective families is: What is the difference between Outdoor and Indoor Rock Climbing?  In the post I will contrast and compare the similarities and differences.

If we investigate they history or rock climbing is unquestionably started as solely an outdoor sport.  The

early pioneers of rock climbing used rudimentary hardware and hemp ropes on outdoor crags.  Over the decades the the quality of rock climbing hardware and software continued to improve as did the popularity of the sport.  As rock climbing became more mainstream it also became more accessible to more and more people.  This increased interest lead diehard climbers to start building indoor climbing walls so they could continue to train and climb after dark, when the weather turns wet and in the winter months.  Now that we understand why climbers started to climb inside let's take a look at the similarities and differences.

It is so much easier to read a route indoors than outdoors because indoors the route are usually color coded so you know if it’s a sloper hold a pinch hold a under cling. Your footholds are also quite obvious.

When climbing outdoors all you have for route reading is the rock in front of you so it becomes much more of a puzzle that you need to solve by deciding which are the holds that are going to give you the best chance to get to the top of the route. If it’s a route that sees a lot of traffic you will sometimes have left over chalk marks to help give you a clue as to the route. Thee is an big gap when it comes to route reading from indoor climbing to outdoor climbing.

With indoor climbing you are not so worried about pain. You are not feeling pain based on the hold you are grabbing. 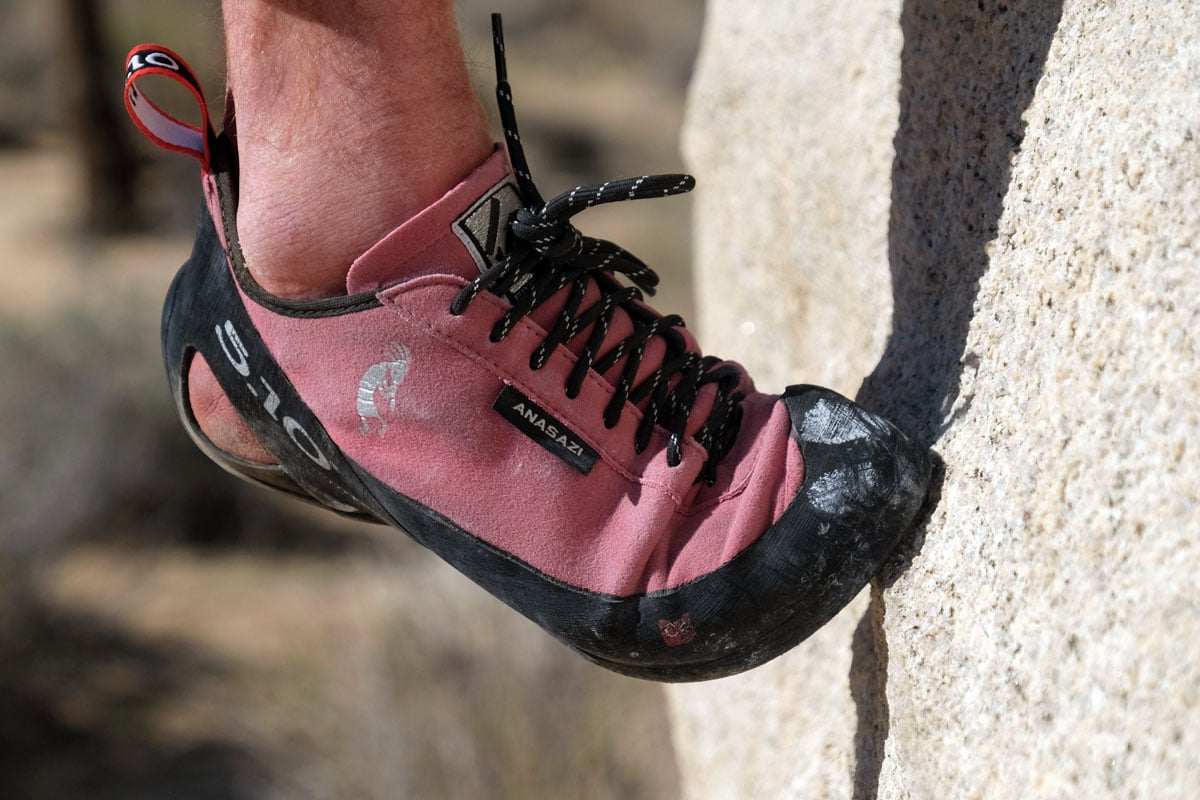 Often the texture and sharpness can cause pain some rocks are like sandpaper. You pain threshold increases when you climb outdoors. It’s kind of a mental thing that happens when you make the transition from climbing indoors to climbing outdoors when the pain is surprising. But eventually the pain fades always and you are focused. Your skin also can get torn up outdoors.

Indoors the weather is always the same. Outdoors you have to dress according to the weather. If it’s hot out you need to use excessive amounts of chalk. If it’s cold you have to layer up. You often also have a potential time limit based on the weather and the time of the day.

Grading: Indoors – everything is relative from gym to gym and rock climbing crag

In conclusion, climbing indoors and climbing outdoors both have their benefits and people love them both. There is not one that is greater than the other. They both have their pros and cons. Climbing in the gym or on a wall is in a much more controlled environment. It is easier to do more reps and volume in a gym. You also have the ability to move the holds and change up the route.

Outdoors is more a challenge both physically and mentally. Plus you are immersed in nature and when you finish a route no matter how easy or hard it is the feeling of accomplishment is incredible. It’s a immersive nature experience climbing outdoors breathing in the fresh air and getting your hands dirty on the rock. Both are real climbing