Gabe grew and matured during his time at SMA and when he aged out of SMA we were sad to see him go.  Gabe's older brother Dan Jaffe was also a camper at SMA in 2003, 2004 and 2005.  Gabe recently wrote the following essay as a part of his application for the university of Maryland.  In this essay Gabe had to answer the question:

Describe a time when you were a fearless leader.

Stone Mountain Adventures Teen Summer Camp (SMA), my close-knit overnight camp in rural Pennsylvania, had given me unparalleled experiences, life-long friends, and the best four summers of my life.  Sadly, because I was 15, this would be my last year at camp; the culmination of the session would be the dance and as a veteran camper, I would help organize it. 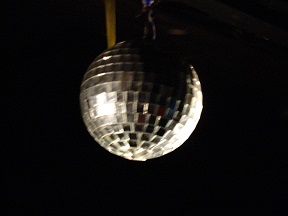 I approached the event with apprehension. Camp dances had always been a source of anxiety; I was seemingly incapable of losing myself in the music and matching everyone’s uninhibited enthusiasm. Instead, I worried about others judging me for my dance moves - or lack thereof. I would awkwardly fist-pump in time to the music or try to copy my friends as I danced with them in a small circle, secretly wishing I could escape. However, the SMA dances had given me the opportunity to dance without fear of being judged, as I was with friends who completely accepted me. In this welcoming environment, I slowly gained the comfort and skill necessary for dancing in any social setting. So, three years later, in planning the SMA dance, I had the opportunity to facilitate a similarly beneficial experience for the younger campers.

The five other veteran campers and I, entrusted with organizing the dance, began by deciding on the brilliantly original theme of “Hawaii.” With the help of a counselor and a fifty dollar budget, we drove to Family Dollar and purchased an assortment of vaguely Hawaiian decorations. After returning to camp in the stuffy 12-person van, we decorated the makeshift dance hall - an inviting barn with vintage wooden floors. We hung our cheesy posters on the walls, took turns chucking the streamers into the rafters until they were draped in color, erected the tiki torches, and strung our miniature lamps on stray lightbox wires.

As the younger campers nervous

ly entered, I greeted each person and bestowed them with their Hawaiian garlands. Next, I went to the dance floor and danced passionately despite my still-present dancing angst; I moved from person to person trying to spark enthusiasm and melt inhibitions. Despite my efforts, many people were not dancing, and those who did visibly restrained themselves as I once had.

Suddenly, I had an idea for a group activity that I hoped would put people at ease - stage dives. I informed my friend Simon about the plan and he hopped onto one of the benches that lined the walls. “Everyone catch Simon when he jumps,” I hollered. Campers gathered in anticipation to catch Simon or behold the spectacle. I led the count and Simon leaped off the bench onto a plethora of uplifting hands.

“Who’s next?” One by one, the campers gleefully dove onto the pillowy platform of hands as others cheered them on. Then, as the stage dives simmered down, the dancing heated up. With energy uplifted, campers who had nervously swayed bounced in elation as the group swung to the music in a bubbling soup of carefree delight.

The following night SMA had its candlelight meetings, where campers are divided into groups of five or six with a counselor to talk about their experiences. One of the camp’s youngest kids, Alex, said that “it helped [him] a lot when all the older kids were dancing,” I then knew the camp dance was truly a success.”