The final SMA summer 2017 went off like all sessions do- an evening meeting in the barn, complete with a mix of both excitement and nerves. During our first full day of camp, we started off with our masters programs going out and since then they have been super busy each day-the Horsemasters in the barn each morning- working on position, rising and sitting trots, and going on trail rides through the woods. While, the bike masters are killing it on the Allegrippis- biking miles and miles of the winding, wooded, hardest single-track on the East Coast and learning bike maintenance as they go.

On the first day we also have belay school and swim check for all our campers, just to get everyone heading to kick SMA into high gear. Since then, we’ve had SMA biking, wakeboarding, tennis better than Wimbledon, freezing headlong sprints into Greenwood Furnace, games of ultimate, soccer better than the pros, volleyball and ‘nuke ‘em’ tournaments, campers climbing conquering rocks, Power Hour games of basketball, knock-out, pool, touch rugby, keep-away, cuddle-puddles, ukulele jams, and many a relaxing afternoon doing SUP and sail on the shores of Raystown Lake. 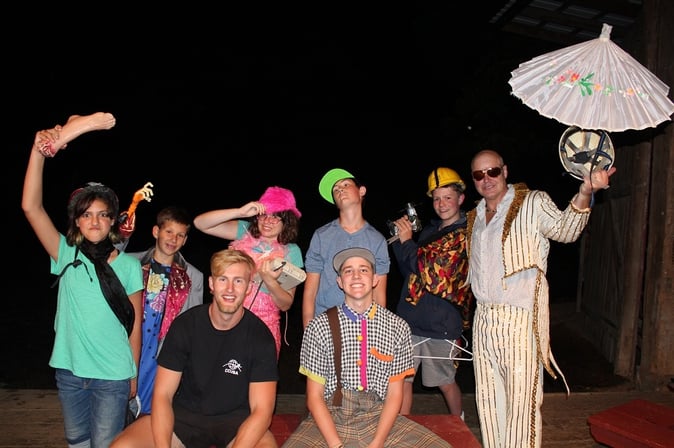 Anyone else out of breathe yet? Because we are! Running around all day, into the evenings and then back up again in the morning to do it all over again!!  W have had 2 camping overnights go out so far that were totally awesome.  We had a crew of eager camper taking part in the adventure Hiking Overnight.  They hiked a grueling 6 miles through the Detwiler Run Natural area in the Rothrock State Forest.  Their path followed Detwiler Run and is one of the most picturesque mountain stream hikes in Pennsylvania.  Their Final destination for the night was Penn Roosevelt State Park.  A great time was had by all. 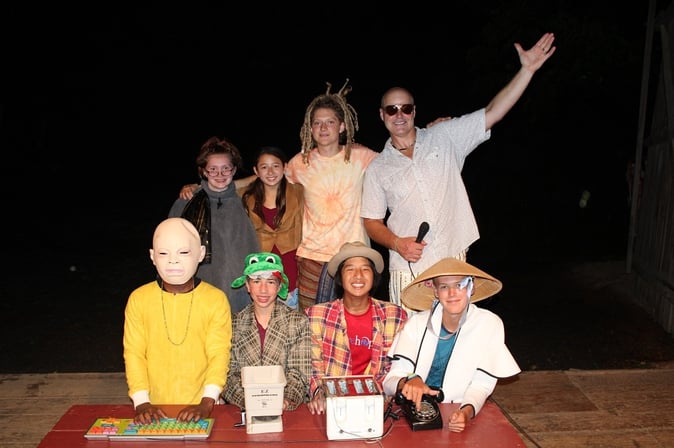 The other camping overnight was a Wakeboarding, Water Skiing, Knee Boarding and Belly Womping Overnight.  This took place at Raystown Lake’s Susquennock Campground.  The campers and staff were on the boat until early evening and then enjoyed Mountain Pies for dinner around the campfire.  They of course ended the day with ‘Smores and campfire stories.  The highlight the camping overnight was for the crew who woke at dawn and enjoyed water as smooth as glass on the lake. 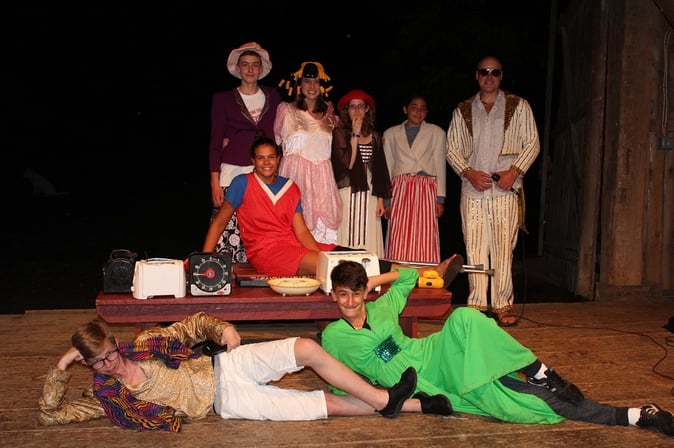 On the nights when the camp is home, our evenings are just as action packed as our days. Our beloved Jud games and ice cream set the tone for the rest of the session for the enthusiasm and fun that the evening activities bring. Invention Convention continued a night later, once everyone came home from the first wave of overnights. In this activity, the campers are given a box of random things to make an invention out of and then to create a short informal about their amazing new product which can, obviously, be purchased for the reasonable price of 10 installments of $99.99.   These are the group photos from the Invention Convention. 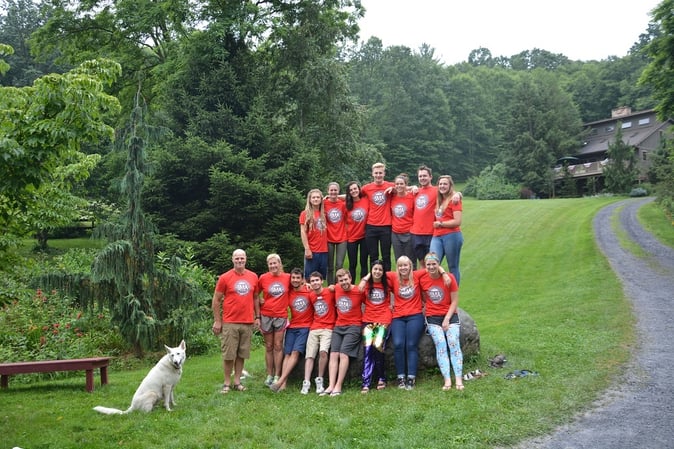 Disco roller skating, in which the entire camp wears as a ridiculous outfit as possible and then roller skates and blades, went as amazingly as one can imagine. The friendly competition over slices of pizza made for a lively night before today’s All Camp Day. 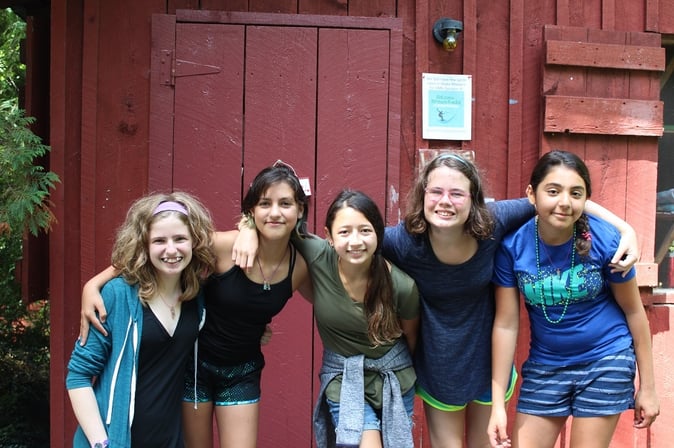 The campers (and counselors) are allowed to sleep in, to catch up on all the previously-missed Zzz’s from the overnights and other activities. They are then met with bagels and donuts and all things good for a fun morning of bunk cleaning and clearing and skit making. The cabins are then ranked and the winner gets ice cream this evening! In the afternoon, the campers go off for their community service activities with Alex’s Lemonade Stand being a favorite as always. 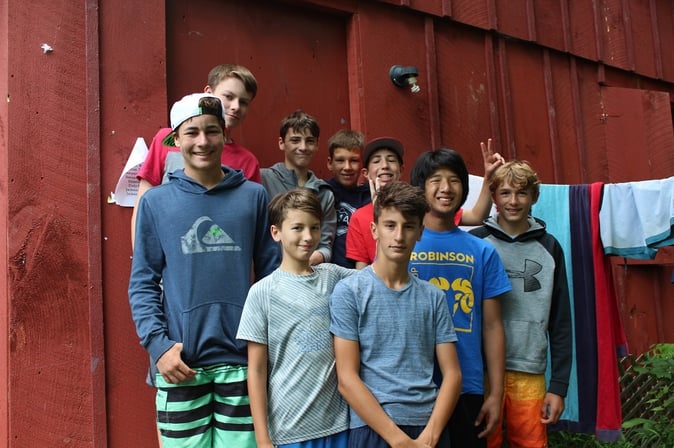 Tonight, we’ll have a BBQ out on a lake with almost all you can eat hamburgers, veggie burgers, and hotdogs.  It’s one of the best nights of camp- good food, good company, fresh summer watermelon, and some kick-about and swimming included. 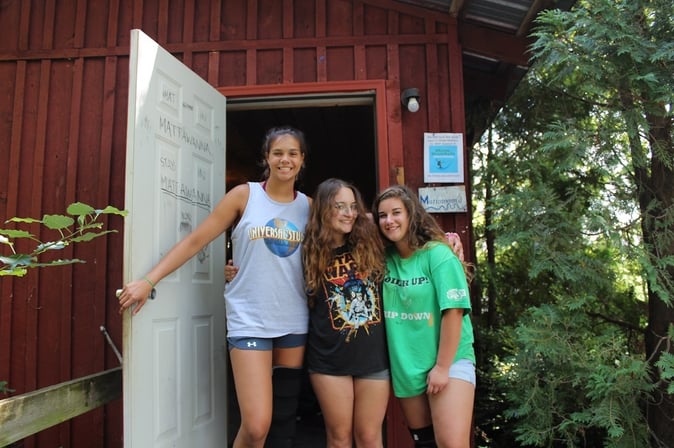 In the next couple of days we’ll have 2 more Camping Overnights going out (Canoeing and Wakeboarding) our camp dances complete with the worst dancing possible just before heading out to the Lower Yough for White Water Rafting (also known as nature’s best rollercoaster of rapid.  Then we’ll be back in camp for the last few magical days of activities. Then sadly, we will be sending your fantastic children home after spending these amazing two weeks with them. It’s hard to believe the SMA Summer Camp for Teens of 2017 is almost over! 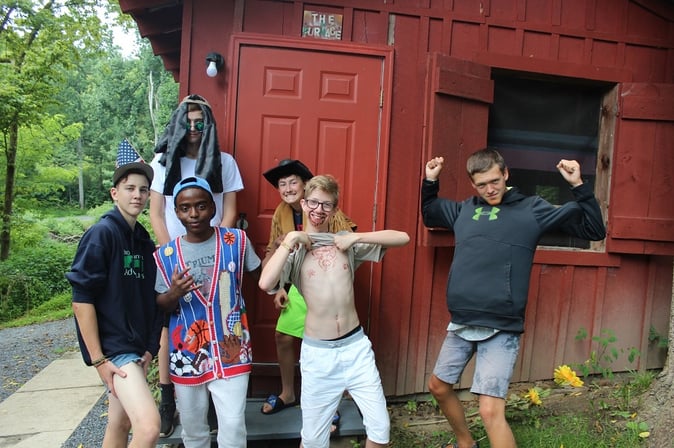